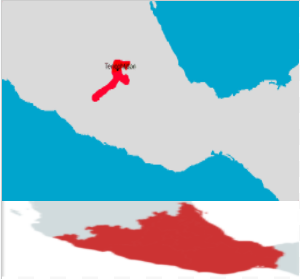 The Map and Card Farm of 08786767y is a massive, efficient nation, renowned for its disturbing lack of elderly people, compulsory military service, and suspicion of poets. The democratic, devout population of 2.392 billion 08786767yians are highly moralistic and fiercely conservative, in the sense that they tend to believe most things should be outlawed. People who have good jobs and work quietly at them are lauded; others are viewed with suspicion.

The medium-sized government prioritizes Defense, although Law & Order, Administration, and Industry are also considered important, while Spirituality is ignored. Citizens pay a flat income tax of 44.1%.

The powerhouse 08786767yian economy, worth 206 trillion pesos a year, is led by the Tourism industry, with significant contributions from Information Technology, Uranium Mining, and Arms Manufacturing. Black market activity is frequent. State-owned companies are common. Average income is 86,405 pesos, but there is a large disparity between incomes, with the richest 10% of citizens earning 330,947 per year while the poor average 15,571, a ratio of 21.3 to 1.

Leader's new door-knocking campaign has the sweet taste of success, prison reforms have replaced communal luaus with communal loos, a large concrete wall is being built around the country's borders, and most believe it doesn't hurt to embrace free trade. Crime, especially youth-related, is totally unknown, thanks to a well-funded police force and progressive social policies in education and welfare. 08786767y's national animal is the turtle, which frolics freely in the nation's sparkling oceans.