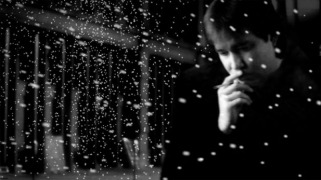 The United Kingdom of 11 Templar Knights is a gargantuan, efficient nation, renowned for its museums and concert halls, hatred of cheese, and absence of drug laws. The compassionate, democratic population of 27.004 billion 11 Templar Knightsians are free to do what they want with their own bodies, and vote for whomever they like in elections; if they go into business, however, they are regulated to within an inch of their lives.

The government — a sprawling, bureaucracy-choked, liberal morass — juggles the competing demands of Education, Environment, and Healthcare. The average income tax rate is 96.0%.

The thriving 11 Templar Knightsian economy, worth a remarkable 2,702 trillion bottle caps a year, is driven entirely by a combination of government and state-owned industry, with private enterprise illegal. The industrial sector is solely comprised of the Book Publishing industry. Average income is an impressive 100,070 bottle caps, and distributed extremely evenly, with practically no difference between the richest and poorest citizens.

Every new building project has to undergo a five-year environmental impact study before it can go ahead, the nation's industries are scrambling to switch to biodegradable plastics, the people elect the Supreme Court justices directly, and surveillance cameras are banned. Crime is totally unknown. 11 Templar Knights's national animal is the bunny rabbit, which frolics freely in the nation's many lush forests.

11 Templar Knights is ranked 242,139th in the world and 16th in Free States of Gaia for Largest Manufacturing Sector, scoring zero on the Gooback-Jerbs Productivity Index.

Most Recent Government Activity: 60 minutes ago