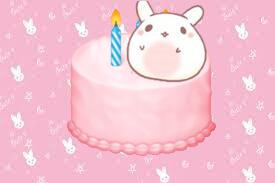 The Republic of 1 Mirrormind is a massive, genial nation, remarkable for its compulsory military service, ubiquitous missile silos, and ban on automobiles. The compassionate population of 2.68 billion 1 Mirrormindians are highly moralistic and fiercely conservative, in the sense that they tend to believe most things should be outlawed. People who have good jobs and work quietly at them are lauded; others are viewed with suspicion.

The large government juggles the competing demands of Defense, Law & Order, and Healthcare. The average income tax rate is 49.3%.

The very strong 1 Mirrormindian economy, worth 150 trillion kronor a year, is quite specialized and led by the Information Technology industry, with major contributions from Uranium Mining, Arms Manufacturing, and Woodchip Exports. Black market activity is notable. State-owned companies are common. Average income is 56,055 kronor, and evenly distributed, with the richest citizens earning only 3.7 times as much as the poorest.

The people are famous throughout the region for their perfect yellow teeth, legislators toe the party line lest the Sergeant-at-Arms decide to conduct "truncheon practice" on the backbench, calling dibs is an unalienable right, and the most popular stadium acts are one-off performances. Crime, especially youth-related, is totally unknown, thanks to a very well-funded police force and progressive social policies in education and welfare. 1 Mirrormind's national animal is the kiwi, which teeters on the brink of extinction due to widespread deforestation.