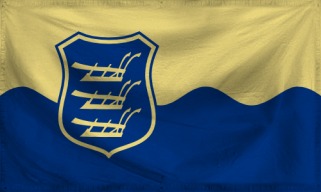 The Commonwealth of 21 AnCap States of The Former New Jersey is a colossal, socially progressive nation, renowned for its public floggings, smutty television, and multi-spousal wedding ceremonies. The hard-nosed, hard-working, democratic population of 6.379 billion New New Jerseyians live in a state of perpetual fear, as a complete breakdown of social order has led to the rise of order through biker gangs.

The frighteningly efficient New New Jerseyian economy, worth a remarkable 1,034 trillion Succs a year, is fairly diversified and led by the Retail industry, with significant contributions from Tourism, Information Technology, and Soda Sales. Black market activity is frequent. Average income is an impressive 162,212 Succs, but there is a significant disparity between incomes, with the richest 10% of citizens earning 605,130 per year while the poor average 30,487, a ratio of 19.8 to 1.

Several inches are being added to first class seating, the latest Harry Potter book is a bestseller, almost all of the nation's water is piped into the country from abroad for exorbitant prices, and tradesmen will knock 10% off their fees if customers pay cash. Crime, especially youth-related, is all-pervasive, perhaps because of the country's complete lack of prisons. 21 AnCap States of The Former New Jersey's national animal is the Asshole Deer, which is also the nation's favorite main course.

21 AnCap States of The Former New Jersey is ranked 35,173rd in the world and 559th in the Rejected Realms for Most Pro-Market, scoring 68.22 on the Rand Index.

A Leaf on the Wind, and