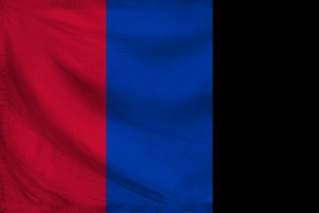 The Matriarchy of Aeljae is a colossal, socially progressive nation, ruled by Sasha Avina von Aeljae with a fair hand, and notable for its state-planned economy, soft-spoken computers, and irreverence towards religion. The compassionate, hard-working, democratic, cheerful population of 6.508 billion Aeljaeans hold their civil and political rights very dear, although the wealthy and those in business tend to be viewed with suspicion.

The medium-sized, liberal, outspoken government juggles the competing demands of Education, Administration, and Healthcare. It meets to discuss matters of state in the capital city of Elja. The average income tax rate is 95.4%.

The frighteningly efficient Aeljaean economy, worth a remarkable 1,322 trillion kronor a year, is driven entirely by a combination of government and state-owned industry, with private enterprise illegal. The industrial sector, which is quite specialized, is led by the Information Technology industry, with significant contributions from Tourism, Arms Manufacturing, and Book Publishing. Average income is an amazing 203,256 kronor, and distributed extremely evenly, with little difference between the richest and poorest citizens.

It is common to see Maxémon Trainer listed on Aeljaean resumés, the children of Aeljae are often remarked upon for their cheery attitude to extreme violence, Sasha Avina von Aeljae can be seen doing doughnuts in a new Rambogini, and billions of kronor are being blown on orbital weapons development. Crime is totally unknown. Aeljae's national animal is the Pegasus, which soars majestically through the nation's famously clear skies.

Most Recent Government Activity: 1 day ago