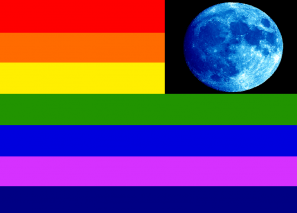 The Bardic Lorekeepers of Aethelia is a gargantuan, efficient nation, ruled by JEM with a fair hand, and renowned for its frequent executions, unlimited-speed roads, and punitive income tax rates. The compassionate, democratic, cheerful population of 22.333 billion Aethelians are free to do what they want with their own bodies, and vote for whomever they like in elections; if they go into business, however, they are regulated to within an inch of their lives.

The enormous, liberal, socially-minded, outspoken government prioritizes Education, although Environment, Healthcare, and Welfare are also considered important, while Spirituality and Law & Order receive no funds. It meets to discuss matters of state in the capital city of Luna. The income tax rate is 100%.

The frighteningly efficient Aethelian economy, worth a remarkable 7,152 trillion newtons a year, is driven entirely by a combination of government and state-owned industry, with private enterprise illegal. The industrial sector, which is highly specialized, is led by the Information Technology industry, with major contributions from Book Publishing and Tourism. Average income is an amazing 320,286 newtons, and distributed extremely evenly, with practically no difference between the richest and poorest citizens.

Many friends and relatives of JEM have been given ambassador jobs in tropical island nations, every workday begins with group therapy, you're never too young to learn how to lie with confidence, and all statues and paintings of dogs are being destroyed to avoid offending cat-lovers. Crime is totally unknown. Aethelia's national animal is the aurora, which frolics freely in the nation's many lush forests, and its national religion is Science.

Aethelia is ranked 205,546th in the world and 107th in International Democratic Union for Largest Insurance Industry, scoring -58.09 on the Risk Expulsion Effectiveness Rating.

Most Recent Government Activity: 45 minutes ago