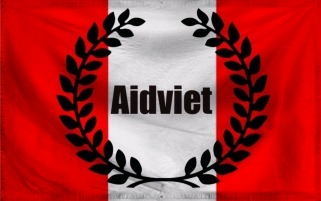 The United Workers Federation of Aidviet Union is a colossal, cultured nation, ruled by Jamiah Palm with an even hand, and notable for its smutty television, complete lack of prisons, and irreverence towards religion. The compassionate, democratic, cheerful population of 5.232 billion Aidviets enjoy extensive civil rights and enjoy a level of social equality free from the usual accompanying government corruption.

The large, liberal government juggles the competing demands of Education, Healthcare, and Environment. It meets to discuss matters of state in the capital city of Morocky. The average income tax rate is 90.4%, and even higher for the wealthy.

The frighteningly efficient Aidviet economy, worth 731 trillion Aidviet Dollars a year, is quite specialized and led by the Information Technology industry, with major contributions from Tourism, Book Publishing, and Trout Farming. State-owned companies are common. Average income is an impressive 139,816 Aidviet Dollars, and distributed extremely evenly, with practically no difference between the richest and poorest citizens.

Foreign policy is mostly just to smile and hope for the best, a suspicious number of John Smiths are known to donate to Aidviet politicians, the government spends more on chasing distant comets than on basic infrastructure, and sea side cafes are required by law to close during summer. Crime is totally unknown. Aidviet Union's national animal is the Dachshund, which frolics freely in the nation's many lush forests, and its national religion is Not Applicable.

Aidviet Union is ranked 203,847th in the world and 100th in The United Federations for Largest Basket Weaving Sector, scoring -6.03 on the Hickory Productivity Index.

Most Recent Government Activity: 8 minutes ago

The Narwhalian Republic of the North,