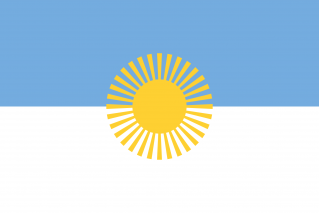 The Pink Panther series, who is known for his roles of Group Captain Lionel Mandrake, President Merkin Muffley and Dr Strangelove né Merkwürdigliebe in Stanley Kubrick's

Dr. Strangelove, Or How I Learned to Stop Worrying and Love the Bomb) is an inept and incapable police detective in the Sûreté, which is tasked with "surety" as security and safety. His investigations are marked by disorder. In one attempt to interview witnesses for testimony, he falls down stairs, gets his hand fanged in a gauntlet of a medieval knight and subsequently a vase, knocks a witness unconscious, destroys an inestimable piano, and accidentally shoots a Nova Scotia Yard superintendent officer. Promoted to Chief Inspector by the Commissioner over the course of his career, Clouseau is regarded by most as the greatest detective, until they encounter him in person. He solves his cases and apprehends the correct culprits, fortuitous success determined entirely by accident. Combined with his maddening incompetence and fault of judgement, and his luck and his occasionally-correct interpretations of the situation, transform his direct superior (former Chief Inspector Charles Dreyfus) into a homicidal psychotic. Clouseau insists on using elaborate costumes and absurd aliases as disguises that range from the mundane to the preposterous, eventually overcome by his eccentric characteristics (like his prominent moustache). His exaggerated French nasal accent (for example, pronouncing "room" as "reum", "Pope" as "Peup", "bomb" as "beumb", "law" as "leau", and "message" as "massage"), such that even Francophone characters have difficulty comprehending him, is a recurring joke in the films. He ordered his domestic and personal servant Cato Fong to attack him when he least expected it to keep him alert. Predisposed to amorous infatuation and perplexed by transvestites, he addresses them as "Madame or Monsieur". His self-conviction of his ego and intelligence, makes his maladroit in moments of dignity and elegance as he attempts to remain composed and refined in the chaos he causes more comedic and mischievous as ridicule and parody.

The Federal Republic of Alpenburg