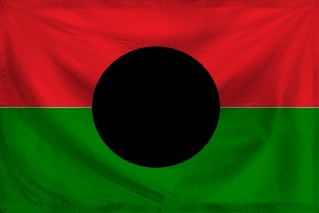 The Kingdom of Alposenia is a gargantuan, environmentally stunning nation, ruled by King with an iron fist, and remarkable for its avant-garde cinema, multi-spousal wedding ceremonies, and complete absence of social welfare. The hard-nosed, cynical, humorless population of 30.093 billion Alposenians are ruled by a mostly-benevolent dictator, who grants the populace the freedom to live their own lives but watches carefully for anyone to slip up.

The tiny, corrupt, well-organized government prioritizes Education, although Healthcare and Law & Order are also considered important, while Spirituality and Social Policy aren't funded at all. It meets to discuss matters of state in the capital city of Someseni Sat. Income tax is unheard of.

The frighteningly efficient Alposenian economy, worth a remarkable 6,174 trillion rdvs a year, is quite specialized and led by the Tourism industry, with significant contributions from Book Publishing, Beef-Based Agriculture, and Information Technology. Black market activity is frequent. State-owned companies are common. Average income is an amazing 205,174 rdvs, and distributed extremely evenly, with little difference between the richest and poorest citizens.

Graffiti graces every city's streets, the alarmingly racist TV show 'Bigtopians Say the Darndest Things' is a hit, only 'organics' are permitted to be citizens, and citizens are deeply regretting challenging the government to be honest about its intentions. Crime is totally unknown. Alposenia's national animal is the pheasant, which is also the nation's favorite main course, and its national religion is Alposan religion.

The English Regions, and