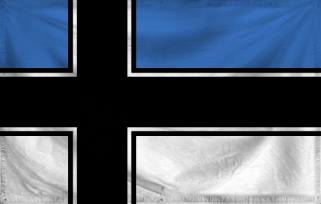 The Craggy Hills of Belmoren is a colossal, genial nation, ruled by Wesley Torensson with a fair hand, and notable for its rum-swilling pirates, museums and concert halls, and devotion to social welfare. The compassionate, democratic population of 5.27 billion Belmorenites enjoy a sensible mix of personal and economic freedoms, while the political process is open and the people's right to vote held sacrosanct.

The government — a sprawling, bureaucracy-choked morass — juggles the competing demands of Education, Environment, and Healthcare. It meets to discuss matters of state in the capital city of Ardmore. The average income tax rate is 82.3%, and even higher for the wealthy.

The all-consuming Belmorenian economy, worth 375 trillion kroner a year, is highly specialized and mostly made up of the Information Technology industry, with significant contributions from Book Publishing and Basket Weaving. State-owned companies are reasonably common. Average income is 71,203 kroner, and distributed extremely evenly, with little difference between the richest and poorest citizens.

There's a bright dawn ahead for Belmoren, Wesley Torensson's luxurious new home has been designated as a protected cultural heritage site, it's been a banner year for local vexillology, and the government has solemnly sworn not to look up other nations' internet browsing history if the favor is returned. Crime, especially youth-related, is totally unknown, thanks to a well-funded police force and progressive social policies in education and welfare. Belmoren's national animal is the Potoo, which frolics freely in the nation's many lush forests, and its national religion is None.

Belmoren is ranked 19,621st in the world and 351st in Europe for Most Developed, scoring 83.17 on the Human Development Index.

The Axis of Death.