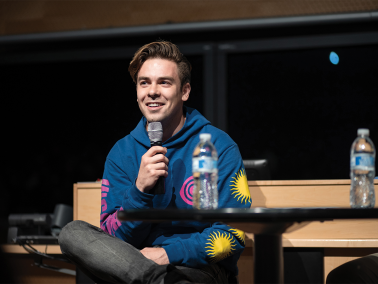 The Smarky Commentary of Cody Ko is a massive, efficient nation, ruled by Cody Ko with an iron fist, and remarkable for its enslaved workforce, frequent executions, and avowedly heterosexual populace. The hard-nosed, hard-working, cynical, humorless, devout population of 3.765 billion Cody Koans are kept under strict control by the oppressive government, which measures its success by the nation's GDP and refers to individual citizens as "human resources."

The frighteningly efficient Cody Koan economy, worth 433 trillion Likeses a year, is dominated by the Arms Manufacturing industry, with significant contributions from Retail, Uranium Mining, and Woodchip Exports. Black market activity is rampant. Average income is an impressive 115,114 Likeses, but there is a significant disparity between incomes, with the richest 10% of citizens earning 393,585 per year while the poor average 24,753, a ratio of 15.9 to 1.

Priests are being drafted by the church load, tourists from around the world come to visit the country's famous rainforests, parents are held criminally responsible for their children's crimes, and the nation has opened its arms to an influx of refugees. Crime is a serious problem, possibly because it is difficult to make it through a day without breaking one of the country's many regulations. Cody Ko's national animal is the Youtuber, which teeters on the brink of extinction due to widespread deforestation.

Cody Ko is ranked 10,624th in the world and 1st in Card Farmers Association for Largest Manufacturing Sector, scoring 29,725.79 on the Gooback-Jerbs Productivity Index.