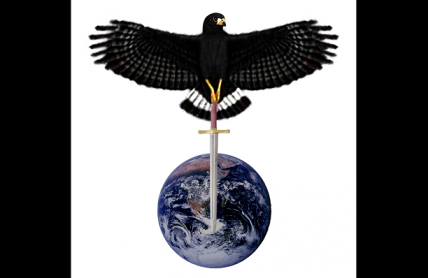 The Republic of COE - Puppet Master is a gargantuan, orderly nation, renowned for its restrictive gun laws. The cynical population of 29.593 billion COE - Puppet Masterians are ruled without fear or favor by a psychotic dictator, who outlaws just about everything and refers to the populace as "my little playthings."

The enormous, moralistic, socially-minded, well-organized government juggles the competing demands of Healthcare, Education, and Public Transport. The average income tax rate is 50.0%, and even higher for the wealthy.

The large but underdeveloped COE - Puppet Masterian economy, worth 588 trillion guns a year, is highly specialized and led by the Furniture Restoration industry, with significant contributions from Trout Farming, Book Publishing, and Uranium Mining. Black market activity is notable. State-owned companies are common. Average income is 19,895 guns, and distributed extremely evenly, with little difference between the richest and poorest citizens.

Organ donation is compulsory. Crime is well under control, thanks to a well-funded police force and progressive social policies in education and welfare. COE - Puppet Master's national animal is the human.

COE - Puppet Master is ranked 250,214th in the world and 2nd in Elysian Plains for Smartest Citizens, with 4.01 quips per hour.