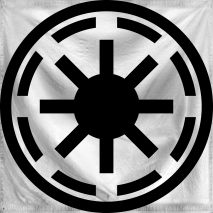 The Republic of Concorde Dawn II is a colossal, safe nation, notable for its complete lack of prisons, frequent executions, and irreverence towards religion. The hard-working, democratic population of 7.685 billion Concordians enjoy a sensible mix of personal and economic freedoms, while the political process is open and the people's right to vote held sacrosanct.

The medium-sized, outspoken government is primarily concerned with Welfare, although Education, Healthcare, and Defense are also considered important, while Spirituality is ignored. The average income tax rate is 22.0%.

The Concorde Dawn IIian economy, worth 366 trillion Credits a year, is led by the Uranium Mining industry, with major contributions from Furniture Restoration, Book Publishing, and Woodchip Exports. Average income is 47,718 Credits, and evenly distributed, with the richest citizens earning only 4.2 times as much as the poorest.

Voting is voluntary and the mining industry is making inroads into environmentally sensitive areas. Crime is well under control, thanks to a capable police force and progressive social policies in education and welfare. Concorde Dawn II's national animal is the Tiger.

Most Recent Government Activity: 56 minutes ago