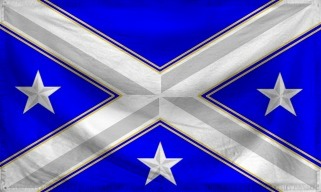 The Most Serene Republic of Cowfordia is a colossal, socially progressive nation, ruled by Head Honcho Pro Tempore with an iron fist, and notable for its complete lack of prisons, infamous sell-swords, and pith helmet sales. The compassionate, cynical, cheerful population of 7.653 billion Buckaroos are ruled by a mostly-benevolent dictator, who grants the populace the freedom to live their own lives but watches carefully for anyone to slip up.

The tiny government prioritizes Defense, with Law & Order, Education, and Administration also on the agenda, while International Aid receives no funds. It meets to discuss matters of state in the capital city of Hippopottsburgh. The average income tax rate is 5.6%, but much higher for the wealthy.

The frighteningly efficient Cowfordian economy, worth a remarkable 1,381 trillion kilopounds a year, is driven entirely by a combination of government and state-owned industry, with private enterprise illegal. The industrial sector, which is fairly diversified, is led by the Information Technology industry, with major contributions from Book Publishing, Retail, and Tourism. Average income is an impressive 180,520 kilopounds, and evenly distributed, with the richest citizens earning only 2.0 times as much as the poorest.

Head Honcho Pro Tempore wears a chewed-up rubber chicken suit to meet foreign delegates, rioting during the nation's hosting of ORDER caused one million kilopounds of property damage, the volume of paperwork used to complete a single environmental assessment defeats the purpose, and nude art is becoming wildly popular. Crime, especially youth-related, is all-pervasive, perhaps because of the country's complete lack of prisons. Cowfordia's national animal is the hippopotamus, which frolics freely in the nation's many lush forests.

Cowfordia is ranked 93,554th in the world and 3,423rd in the South Pacific for Largest Trout Fishing Sector, scoring 1,961.72 on the Nemo Depletion Efficiency Index.