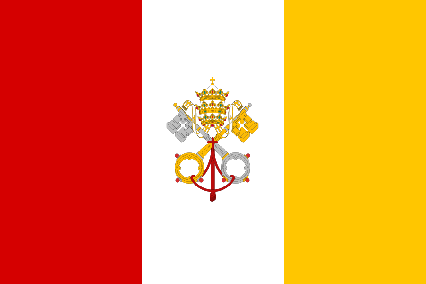 The Christian Democratic Nation of Culture of Life is a gargantuan, efficient nation, ruled by Gerard Majella with a fair hand, and notable for its museums and concert halls, strictly enforced bedtime, and stringent health and safety legislation. The compassionate, democratic, cheerful, devout population of 20.673 billion Culture-of-Lifers love a good election, and the government gives them plenty of them. Universities tend to be full of students debating the merits of various civil and political rights, while businesses are tightly regulated and the wealthy viewed with suspicion.

The relatively small, socially-minded government prioritizes Education, with Welfare, Environment, and Social Policy also on the agenda, while Defense isn't funded at all. It meets to discuss matters of state in the capital city of New Jerusalem. The average income tax rate is 72.8%, and even higher for the wealthy.

The frighteningly efficient Culture-of-Life economy, worth a remarkable 2,774 trillion vitas a year, is driven almost entirely by government activity, with private enterprise illegal. The industrial sector is mostly comprised of enterprising ten-year-olds selling lemonade on the sidewalk, although the government is looking at stamping this out. Average income is an impressive 134,198 vitas, and distributed extremely evenly, with practically no difference between the richest and poorest citizens.

Teachers are skilled at leaving no evidence of child cruelty, self-driving cars are unpopular due to suspicion that they murder their passengers, genetic researchers have been expelled, and students are wary of colorfully decorated new teachers with names like Professor Pipsqueak. Crime is totally unknown, thanks to a capable police force and progressive social policies in education and welfare. Culture of Life's national animal is the dove, which soars majestically through the nation's famously clear skies, and its national religion is Catholicism.

Culture of Life is ranked 58,613th in the world and 28th in Right to Life for Highest Foreign Aid Spending, scoring 467.39 on the Clooney Contribution Index.