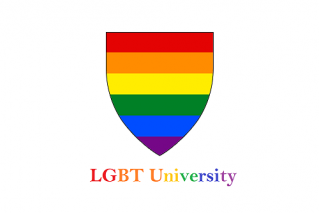 The Discoverian Enclave of DiscArnate is a gargantuan, orderly nation, notable for its compulsory military service, absence of drug laws, and suspicion of poets. The cynical, devout population of 13.207 billion DiscArnatics are ruled with an iron fist by the dictatorship government, which ensures that no-one outside the party gets too rich. In their personal lives, however, citizens are relatively unoppressed; it remains to be seen whether this is because the government genuinely cares about its people, or if it hasn't gotten around to stamping out civil rights yet.

The large government prioritizes Spirituality, with Defense, Law & Order, and Social Policy also on the agenda, while Welfare receives no funds. The average income tax rate is 38.9%, but much higher for the wealthy.

The large but inefficient DiscArnatic economy, worth 419 trillion discs a year, is quite specialized and led by the Arms Manufacturing industry, with significant contributions from Woodchip Exports, Cheese Exports, and Basket Weaving. Black market activity is notable. State-owned companies are common. Average income is 31,728 discs, and evenly distributed, with the richest citizens earning only 2.0 times as much as the poorest.

Scenic mountain valleys are flooded with water as damming projects get underway, record sales of 'child-whacking sticks' have been reported, the government seeks peaceful forum with terrorists, and national parks have long lines of different gender-specific 'Porta-Pottys'. Crime, especially youth-related, is almost non-existent, thanks to a capable police force. DiscArnate's national animal is the lanternfish, which can occasionally be seen avoiding garbage in the nation's murky oceans.

DiscArnate is ranked 143,891st in the world and 16th in Gay Equality for Least Corrupt Governments, with 92.18 Percentage Of Bribes Refused.