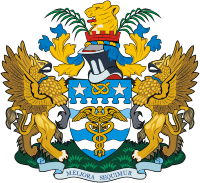 The Queen's State of Edenglassie is a gargantuan, efficient nation, remarkable for its complete lack of public education and complete absence of social welfare. The hard-nosed, hard-working, democratic population of 13.31 billion Edenglassieans enjoy frequent elections, which are uniformly corrupted by big-spending corporations buying politicians who best suit their interests.

The minute, moralistic, pro-business, outspoken government, or what there is of one, prioritizes Law & Order, although Industry is also considered important, while Spirituality and Welfare aren't funded at all. Citizens pay a flat income tax of 6.4%.

The powerhouse Edenglassiean economy, worth 554 trillion betales a year, is driven almost entirely by the private sector, which is quite specialized and dominated by the Gambling industry, with significant contributions from Retail, Woodchip Exports, and Arms Manufacturing. Average income is 41,681 betales, but there is a significant disparity between incomes, with the richest 10% of citizens earning 143,001 per year while the poor average 8,917, a ratio of 16.0 to 1.

Voting is voluntary. Crime is a problem, possibly because it is difficult to make it through a day without breaking one of the country's many regulations. Edenglassie's national animal is the deer, which frolics freely in the nation's many lush forests.

Edenglassie is ranked 31,430th in the world and 5th in Brisbane for Fattest Citizens, with 13.96 Obesity Rate.