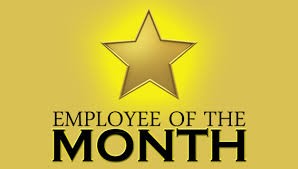 Employees of the Month

The Incorporated States of Employees of the Month is a massive, efficient nation, notable for its barren, inhospitable landscape, ban on automobiles, and frequent executions. The hard-nosed, democratic, devout population of 4.163 billion Employees of the Month have some civil rights, but not too many, enjoy the freedom to spend their money however they like, to a point, and take part in free and open elections, although not too often.

The medium-sized government juggles the competing demands of Administration, Defense, and Industry. The average income tax rate is 24.8%, but much higher for the wealthy.

The very strong Employee of the Monthian economy, worth 197 trillion dollars a year, is led by the Book Publishing industry, with significant contributions from Gambling, Furniture Restoration, and Arms Manufacturing. Black market activity is notable. State-owned companies are common. Average income is 47,336 dollars, and distributed extremely evenly, with little difference between the richest and poorest citizens.

Intellectual snobbery has the cognoscenti sneering at anyone who doesn't have an opinion on the semiological drift of Umberto Eco's works, Leader is too busy listening to praise to get any work done, some of the country's most famous photographers are animals, and pet owners must make a payment if their charges leave a deposit. Crime is almost non-existent, thanks to a capable police force and progressive social policies in education and welfare. Employees of the Month's national animal is the wolf, which teeters on the brink of extinction due to widespread deforestation.

Employees of the Month is ranked 206,478th in the world and 1st in The Order Of The Afternoon for Fattest Citizens, with 7.43 Obesity Rate.