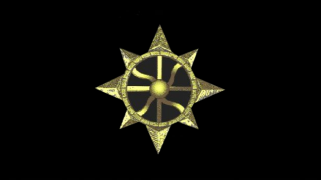 The Kurikoan Colony of Faradayn is a colossal, safe nation, notable for its compulsory military service, irreverence towards religion, and suspicion of poets. The compassionate, democratic population of 7.376 billion Faradaynians enjoy a sensible mix of personal and economic freedoms, while the political process is open and the people's right to vote held sacrosanct.

The medium-sized government juggles the competing demands of Defense, Environment, and Healthcare. The average income tax rate is 36.0%, but much higher for the wealthy.

The Faradaynian economy, worth 363 trillion kronor a year, is led by the Tourism industry, with significant contributions from Information Technology, Cheese Exports, and Basket Weaving. State-owned companies are common. Average income is 49,293 kronor, and distributed extremely evenly, with little difference between the richest and poorest citizens.

Corporations donate huge sums of money to favored politicians, fruit pickers with degrees in kangaroo psychology are a common sight, Faradayn has designated Faradayn City as its capital city, and businesses are abandoning the city centre because of the lack of transport connections. Crime, especially youth-related, is totally unknown. Faradayn's national animal is the kangaroo, which frolics freely in the nation's many lush forests.

Faradayn is ranked 119,079th in the world and 3rd in A Hole To Hide In for Least Corrupt Governments, with 92.92 Percentage Of Bribes Refused.