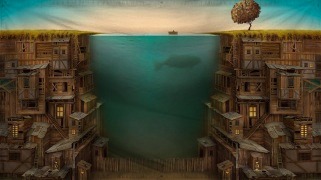 Generic Country Name That Is Available

The Great States of Generic Country Name That Is Available is a colossal, safe nation, ruled by Josh with a fair hand, and notable for its rum-swilling pirates, keen interest in outer space, and frequent executions. The hard-nosed, hard-working, democratic, humorless, devout population of 6.974 billion Genericans have some civil rights, but not too many, enjoy the freedom to spend their money however they like, to a point, and take part in free and open elections, although not too often.

The medium-sized, corrupt government juggles the competing demands of Education, Defense, and Industry. It meets to discuss matters of state in the capital city of Dragonvale. The average income tax rate is 73.6%, and even higher for the wealthy.

The frighteningly efficient Generican economy, worth a remarkable 1,273 trillion bees a year, is fairly diversified and led by the Information Technology industry, with significant contributions from Arms Manufacturing, Tourism, and Retail. Black market activity is extensive. State-owned companies are reasonably common. Average income is an impressive 182,667 bees, and distributed extremely evenly, with little difference between the richest and poorest citizens.

There's more vermin than ever on the metro, asking 'does my bum look big in this?' leads to 30 hours of self-esteem classes, the latest guided missile cruiser "Ship-1642" has received precisely zero column inches in the press, and grim instructresses lead the unwillingly impregnated in chants of "it's all my fault" and "blessed be the fruit". Crime, especially youth-related, is totally unknown, thanks to a capable police force and progressive social policies in education and welfare. Generic Country Name That Is Available's national animal is the Dragon, which soars majestically through the nation's famously clear skies, and its national religion is Simulationism.

Generic Country Name That Is Available is ranked 4,991st in the world and 108th in 10000 Islands for Most Beautiful Environments, with 2,269.28 Pounds Of Wildlife Per Square Mile.

Ultimate Wakanda, and 30 others.