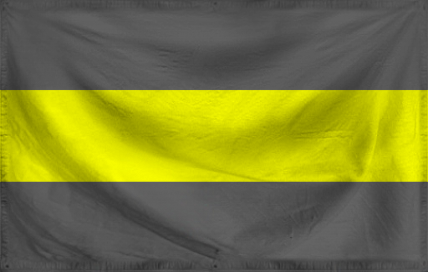 The Dictatorship of Gir Toritzpoldi is a massive, safe nation, renowned for its state-planned economy, irreverence towards religion, and suspicion of poets. The hard-nosed, cynical population of 1.045 billion Gir Toritzpoldians are ruled without fear or favor by a psychotic dictator, who outlaws just about everything and refers to the populace as "my little playthings."

The large, corrupt, moralistic, socially-minded, well-organized government juggles the competing demands of Administration, Defense, and Law & Order. The average income tax rate is 51.5%, and even higher for the wealthy.

The sizeable but stagnant Gir Toritzpoldian economy, worth 10.8 trillion pounds a year, is driven entirely by a combination of government and state-owned industry, with private enterprise illegal. However, for those in the know, there is a slick, highly efficient, fairly diversified black market in Beef-Based Agriculture, Tourism, Information Technology, and Door-to-door Insurance Sales. The private sector mostly consists of enterprising ten-year-olds selling lemonade on the sidewalk, but the government is looking at stamping this out. Average income is 10,352 pounds, and distributed extremely evenly, with practically no difference between the richest and poorest citizens.

Members of the government all have oddly similar anecdotes about their childhoods, deceased politicians' MyFace profiles are unanimously pro-incumbent, the nation has always been at war with Moltovea, and ethnic minorities are often refused admission to some of the nation's best schools. Crime, especially youth-related, is totally unknown, thanks to a well-funded police force and progressive social policies in education and welfare. Gir Toritzpoldi's national animal is the emu, which frolics freely in the nation's many lush forests.

Gir Toritzpoldi is ranked 107,549th in the world and 147th in Forest for Largest Insurance Industry, scoring 652.69 on the Risk Expulsion Effectiveness Rating.