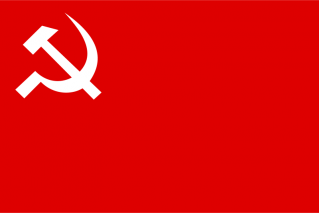 The Socialist People's Democracy of Golanchia is a gargantuan, cultured nation, ruled by Chairman Davit Purplinski with an iron fist, and remarkable for its keen interest in outer space, conspicuous electricity pylons, and punitive income tax rates. The compassionate, cynical, humorless population of 19.765 billion Golanchans are ruled with an iron fist by the dictatorship government, which ensures that no-one outside the party gets too rich. In their personal lives, however, citizens are relatively unoppressed; it remains to be seen whether this is because the government genuinely cares about its people, or if it hasn't gotten around to stamping out civil rights yet.

The enormous, corrupt, socially-minded, well-organized government juggles the competing demands of Defense, Education, and Environment. It meets to discuss matters of state in the capital city of Golanchograd. The income tax rate is 100%.

The frighteningly efficient Golanchian economy, worth a remarkable 9,837 trillion Purroes a year, is driven entirely by a combination of government and state-owned industry, with private enterprise illegal. However, for those in the know, there is an enormous, deeply entrenched, highly specialized black market in Information Technology, Arms Manufacturing, Book Publishing, and Tourism. The private sector mostly consists of enterprising ten-year-olds selling lemonade on the sidewalk, but the government is looking at stamping this out. Average income is an amazing 497,708 Purroes, and distributed extremely evenly, with practically no difference between the richest and poorest citizens.

Abortions are routinely performed in the nation's hospitals, airplanes have giant grilles on their noses to knock drones out of their path, Golanchian watches list strained wrists as a common side effect, and there are six more weeks of winter if a northerner sees her shadow. Crime is totally unknown. Golanchia's national animal is the Cat, which frolics freely in the nation's many lush forests, and its national religion is Atheism.

Golanchia is ranked 236,498th in the world and 39th in North Korea for Largest Cheese Export Sector, scoring -11.31 on the Mozzarella Productivity Index.