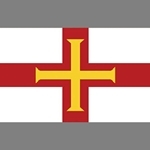 The Holy Empire of Haedlia is a gargantuan, efficient nation, remarkable for its enslaved workforce, free-roaming dinosaurs, and ritual sacrifices. The hard-nosed, hard-working, cynical, humorless, devout population of 17.171 billion Haedlians are kept under strict control by the oppressive government, which measures its success by the nation's GDP and refers to individual citizens as "human resources."

The medium-sized, corrupt, moralistic, well-organized government is primarily concerned with Defense, although Law & Order, Industry, and Spirituality are also considered important, while Environment and Welfare aren't funded at all. The average income tax rate is 99.4%.

The frighteningly efficient Haedlian economy, worth an astonishing 12,855 trillion newcoins a year, is broadly diversified and mostly comprised of black market activity, especially in Uranium Mining, Arms Manufacturing, Woodchip Exports, and Beef-Based Agriculture. State-owned companies are reasonably common. Average income is a breathtaking 748,692 newcoins, but there is a significant disparity between incomes, with the richest 10% of citizens earning 2,459,290 per year while the poor average 170,928, a ratio of 14.4 to 1.

Homeowners on prime real estate have been seen dodging giant bulldozers with cartoon characters painted on them, organ donation rates have hit a new low, people who have had childhood imaginary friends are told they can't ever be trusted with guns, and most citizens in Haedlia are abject pyrophobes after extremely graphic pamphlets were mailed nationwide by the government. Crime, especially youth-related, is totally unknown, thanks to a capable police force. Haedlia's national animal is the yellow jacket, which is also the nation's favorite main course.

Haedlia is ranked 701st in the world and 21st in the West Pacific for Rudest Citizens, with 377.83 Insults Per Minute.