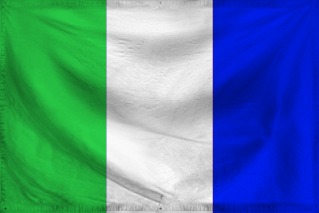 The Federated Empire of Helladria is a gargantuan, cultured nation, renowned for its daily referendums, public floggings, and unlimited-speed roads. The compassionate, hard-working, democratic, devout population of 22.796 billion Helladrians hold their civil and political rights very dear, although the wealthy and those in business tend to be viewed with suspicion.

The minute government, or what there is of one, is primarily concerned with Defense, with Education also on the agenda, while Spirituality and Environment aren't funded at all. It meets to discuss matters of state in the capital city of Corsyd. The average income tax rate is 3.9%.

The strong Helladric economy, worth a remarkable 1,499 trillion Ducats a year, is driven almost entirely by the private sector, which is broadly diversified and dominated by the Information Technology industry, with significant contributions from Retail, Book Publishing, and Pizza Delivery. Average income is 65,764 Ducats, and evenly distributed, with the richest citizens earning only 3.6 times as much as the poorest.

Untold millions of Ducats are going into a new government-funded maternity leave scheme, nude art is becoming wildly popular, unstable couples are known to break up over which one gets parental leave, and Helladria's children are widely acknowledged as the most foul-mouthed in the region. Crime is a serious problem, probably because of the absence of a police force. Helladria's national animal is the Pseudopachydactylus giganteus, which teeters on the brink of extinction due to widespread deforestation.

Helladria is ranked 154,677th in the world and 21st in The Commonwealth of Crowns for Most Developed, scoring 52.74 on the Human Development Index.