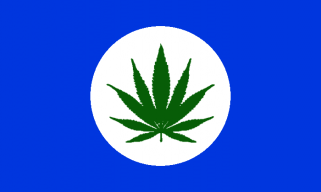 The People's Republic of Hippie Utopia is a gargantuan, environmentally stunning nation, ruled by a mayor with a fair hand, and remarkable for its museums and concert halls, absence of drug laws, and restrictive gun laws. The compassionate, democratic, cheerful population of 12.579 billion Hippie Utopians are free to do what they want with their own bodies, and vote for whomever they like in elections; if they go into business, however, they are regulated to within an inch of their lives.

It is difficult to tell where the omnipresent, outspoken government stops and the rest of society begins, but it juggles the competing demands of Education, Welfare, and Environment. The average income tax rate is 98.8%.

The frighteningly efficient Hippie Utopian economy, worth a remarkable 1,734 trillion Dollars a year, is driven almost entirely by government activity, with private enterprise illegal. The industrial sector is mostly made up of the Book Publishing industry. State-owned companies are the norm. Average income is an impressive 137,868 Dollars, and distributed extremely evenly, with little difference between the richest and poorest citizens.

Television characters who ask how someone's doing are charged with harassment, government officials sit helplessly as they are labelled 'Pompous Womples' by celebrities, jabbing a baby's bottle at officials gets parents waved straight through immigration, and the aphorism "there's no need to argue" has been dismissed by Hippie Utopians. Crime is totally unknown. Hippie Utopia's national animal is the Squirrel, which frolics freely in the nation's many lush forests.