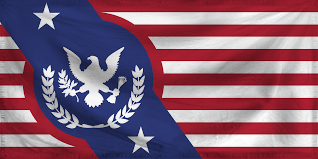 The Holy Empire of Holy Roman Empires2 is a massive, efficient nation, ruled by Emperor Michaelangelo with an iron fist, and renowned for its barren, inhospitable landscape, zero percent divorce rate, and suspicion of poets. The hard-nosed, hard-working, cynical, humorless, devout population of 3.632 billion Holy Roman Empires2ians are kept under strict control by the oppressive government, which measures its success by the nation's GDP and refers to individual citizens as "human resources."

The medium-sized, corrupt, moralistic, well-organized government prioritizes Defense, although Law & Order, Administration, and Industry are also considered important, while Social Policy and International Aid receive no funds. It meets to discuss matters of state in the capital city of Valika Tornavo. Citizens pay a flat income tax of 69.4%.

The frighteningly efficient Holy Roman Empires2ian economy, worth 563 trillion Levs a year, is broadly diversified and dominated by the Arms Manufacturing industry, with significant contributions from Uranium Mining, Information Technology, and Door-to-door Insurance Sales. Black market activity is rampant. State-owned companies are reasonably common. Average income is an impressive 155,239 Levs, but there is a significant disparity between incomes, with the richest 10% of citizens earning 462,263 per year while the poor average 40,847, a ratio of 11.3 to 1.

Any body part that can be cut off a person is no longer considered to be their property, no animal is considered endangered if there's another that looks kind of like it, college students make ends meet by selling their kidneys, and unprotected royals have replaced their corgis with rottweilers. Crime, especially youth-related, is totally unknown, thanks to a very well-funded police force and progressive social policies in education and welfare. Holy Roman Empires2's national animal is the Lion, which teeters on the brink of extinction due to widespread deforestation, and its national religion is Orthodox Christianity.

Holy Roman Empires2 is ranked 100,609th in the world and 30th in The Monarchy alliance for Largest Agricultural Sector, scoring 1,573.32 on the Mu-Bah-Daggs Productivity Index.