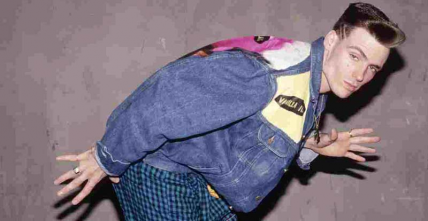 The Brand New Invention of Ice Ice Baby Land is a gargantuan, safe nation, remarkable for its absence of drug laws, punitive income tax rates, and devotion to social welfare. The democratic population of 11.312 billion Ice Ice Baby Landians are free to do what they want with their own bodies, and vote for whomever they like in elections; if they go into business, however, they are regulated to within an inch of their lives.

The government — a sprawling, bureaucracy-choked, liberal, socially-minded, outspoken morass — juggles the competing demands of Welfare, Education, and Healthcare. The average income tax rate is 72.7%, and even higher for the wealthy.

The large but sluggish Ice Ice Baby Landian economy, worth 210 trillion Ice Cubes a year, is driven almost entirely by government activity. The industrial sector, which is highly specialized, is mostly made up of the Trout Farming industry, with significant contributions from Information Technology and Furniture Restoration. State-owned companies are reasonably common. Average income is 18,577 Ice Cubes, and distributed extremely evenly, with little difference between the richest and poorest citizens.

Voting is voluntary and surveillance cameras are banned. Crime is totally unknown, thanks to a well-funded police force and progressive social policies in education and welfare. Ice Ice Baby Land's national animal is the Blue Bird of Happiness, which soars majestically through the nation's famously clear skies.