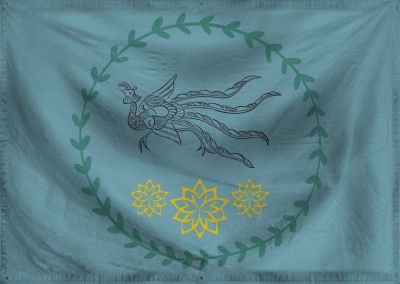 The Communal Union of Karnozia is a huge, environmentally stunning nation, ruled by Warner II with an even hand, and renowned for its public floggings, compulsory military service, and stringent health and safety legislation. The compassionate, democratic population of 989 million Karnozians have some civil rights, but not too many, enjoy the freedom to spend their money however they like, to a point, and take part in free and open elections, although not too often.

The large government juggles the competing demands of Administration, Education, and Healthcare. It meets to discuss matters of state in the capital city of Marsda. The average income tax rate is 77.0%, and even higher for the wealthy.

The frighteningly efficient Karnozist economy, worth 100 trillion francs a year, is led by the Information Technology industry, with major contributions from Book Publishing, Beef-Based Agriculture, and Basket Weaving. Average income is an impressive 101,936 francs, and distributed extremely evenly, with little difference between the richest and poorest citizens.

Banning party poppers has been a real party pooper, the nation grinds to a halt for afternoon tea, Unicorn is one of the most popular forenames in Karnozia, and homeowners are evicted to make way for new runways. Crime, especially youth-related, is totally unknown, thanks to a very well-funded police force and progressive social policies in education and welfare. Karnozia's national animal is the unicorn, which frolics freely in the nation's many lush forests.