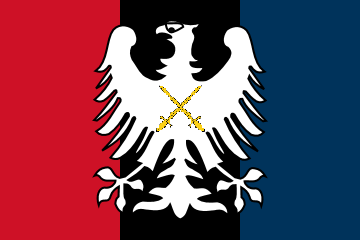 The Kingdom of Keltsvia is a gargantuan, environmentally stunning nation, ruled by Petar Sanksinu with an even hand, and notable for its national health service, sprawling nuclear power plants, and flagrant waste-dumping. The hard-nosed, hard-working, humorless population of 14.33 billion Keltsvians have some civil rights, but not too many, enjoy the freedom to spend their money however they like, to a point, and take part in free and open elections, although not too often.

The large, corrupt government prioritizes Education, with Law & Order, Healthcare, and Industry also on the agenda, while Administration and Spirituality receive no funds. It meets to discuss matters of state in the capital city of Ceri Gelu. The average income tax rate is 48.6%.

The strong Keltsvian economy, worth a remarkable 1,256 trillion Marks a year, is quite specialized and led by the Book Publishing industry, with major contributions from Information Technology, Cheese Exports, and Tourism. Average income is 87,693 Marks, with the richest citizens earning 5.1 times as much as the poorest.

Bands of paramedics walk the streets looking for suspicious medical activity, the "Dreadnowt" is the pride and joy of the Keltsvian Navy, the environment is gorgeous so long as you're looking up, and garden flower shows rarely smell of roses. Crime, especially youth-related, is totally unknown, thanks to a very well-funded police force and progressive social policies in education and welfare. Keltsvia's national animal is the Eagle, which soars majestically through the nation's famously clear skies.

Keltsvia is ranked 14,501st in the world and 131st in Europe for Highest Economic Output, with 1,256 trillion Standard Monetary Units.