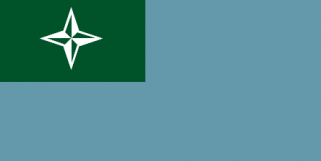 The Armed Republic of Kiravian Envoy Epsilon is a gargantuan, safe nation, notable for its state-planned economy, punitive income tax rates, and stringent health and safety legislation. The democratic population of 12.809 billion Kiravian Envoy Epsilonians enjoy great social freedoms and frequent elections, where the majority of the populace regularly votes to increase its benefits at the expense of various hapless minorities.

The enormous, socially-minded, outspoken government juggles the competing demands of Law & Order, Administration, and Industry. The average income tax rate is 68.5%, and even higher for the wealthy.

The large but sluggish Kiravian Envoy Epsilonian economy, worth 297 trillion saars a year, is driven entirely by a combination of government and state-owned industry, with private enterprise illegal. The industrial sector, which is quite specialized, is led by the Beef-Based Agriculture industry, with major contributions from Automobile Manufacturing, Pizza Delivery, and Trout Farming. Average income is 23,196 saars, and distributed extremely evenly, with practically no difference between the richest and poorest citizens.

Crime is totally unknown, thanks to a well-funded police force and progressive social policies in education and welfare. Kiravian Envoy Epsilon's national animal is the leopard, which frolics freely in the nation's many lush forests.

Kiravian Envoy Epsilon is ranked 27,013th in the world and 1st in The Rose Garden for Highest Foreign Aid Spending, scoring 969.94 on the Clooney Contribution Index.