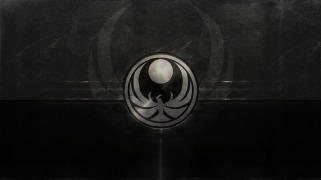 The Empire of Kurou is a colossal, efficient nation, ruled by Ya boi with an iron fist, and renowned for its barren, inhospitable landscape, zero percent divorce rate, and smutty television. The hard-nosed, cynical, humorless population of 9.56 billion Kurouans are ruled without fear or favor by a psychotic dictator, who outlaws just about everything and refers to the populace as "my little playthings."

The medium-sized, corrupt, socially-minded, well-organized government prioritizes Defense, although Law & Order, Industry, and Education are also considered important, while Welfare and Social Policy receive no funds. It meets to discuss matters of state in the capital city of Madril. The average income tax rate is 85.1%, and even higher for the wealthy.

The frighteningly efficient Kurouan economy, worth a remarkable 2,769 trillion Credits a year, is mostly comprised of black market activity, especially in Arms Manufacturing and Information Technology. State-owned companies are common. Average income is an amazing 289,670 Credits, and distributed extremely evenly, with practically no difference between the richest and poorest citizens.

Small shoes often wash up on the beach, the government is funding experimental battery technology while the power grid continues to crumble, schoolboys trained in chivalry are encouraged to duel other boys for a maiden's hand, and peace talks occasionally rack up a higher body count than the wars they seek to stop. Crime, especially youth-related, is totally unknown, thanks to a well-funded police force and progressive social policies in education and welfare. Kurou's national animal is the Synarch, which is also the nation's favorite main course.

Kurou is ranked 11,394th in the world and 1st in Night Rise for Largest Automobile Manufacturing Sector, scoring 6,079.65 on the Henry Ford Productivity Index.