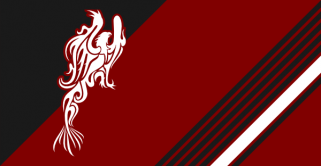 The Ancient Empire of Kylarnatia is a gargantuan, safe nation, ruled by Caesar Silvier Catherina Silvanus IV with an even hand, and notable for its sprawling nuclear power plants, compulsory military service, and devotion to social welfare. The compassionate, cheerful, devout population of 27.138 billion Kylarnatians enjoy extensive civil freedoms, particularly in social issues, while business tends to be more regulated.

The enormous, corrupt, liberal government juggles the competing demands of Defense, Education, and Industry. It meets to discuss matters of state in the capital city of Krytopia. The income tax rate is 100%.

The frighteningly efficient Kylarnatian economy, worth an astonishing 11,013 trillion Caesar's Aurums a year, is quite specialized and led by the Tourism industry, with significant contributions from Book Publishing, Information Technology, and Arms Manufacturing. State-owned companies are reasonably common. Average income is an amazing 405,820 Caesar's Aurums, and distributed extremely evenly, with little difference between the richest and poorest citizens.

A surprisingly large share of the nation's budget is used to buy new houses for immigrants, travel bureaus double as recruiting centers for national intelligence agencies, the bonfire of the old paper records can be seen for miles around Krytopia, and Big Agriculture has the government by the nuts. Crime is totally unknown, thanks to a well-funded police force and progressive social policies in education and welfare. Kylarnatia's national animal is the Auro-Herbae Vulpes, which frolics freely in the nation's many lush forests, and its national religion is the Silvier Sacerdotium.

Kylarnatia is ranked 135,048th in the world and 19th in Gholgoth for Most Extreme, scoring 15.76 on the Paul-Nader Subjective Decentrality Index.

Most Recent Government Activity: 50 minutes ago