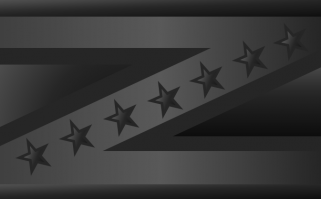 The Centro Warzone States of Kyldellian Zereack is a gargantuan, efficient nation, renowned for its deadly medical pandemics, vat-grown people, and infamous sell-swords. The hard-nosed, democratic, cheerful, devout population of 13.634 billion Kyldellians enjoy a sensible mix of personal and economic freedoms, while the political process is open and the people's right to vote held sacrosanct.

The medium-sized, corrupt, outspoken government prioritizes Defense, with Industry, Education, and Healthcare also on the agenda, while Law & Order is ignored. It meets to discuss matters of state in the capital city of Greyfield City. The income tax rate is 100%.

The frighteningly efficient Centro Social Alliance economy, worth an astonishing 10,518 trillion Kerptons a year, is driven entirely by a combination of government and state-owned industry, with private enterprise illegal. However, for those in the know, there is an enormous, deeply entrenched, fairly diversified black market in Arms Manufacturing, Information Technology, Book Publishing, and Tourism. The private sector mostly consists of enterprising ten-year-olds selling lemonade on the sidewalk, but the government is looking at stamping this out. Average income is a breathtaking 771,465 Kerptons, and distributed extremely evenly, with little difference between the richest and poorest citizens.

The banshee wail foretells skies of death, the government officially wants you to slow down and speak more clearly, debates on whether toilet seats should be left up or down are increasingly commonplace, and public footpaths are being slowly eroded by the burgeoning number of ramblers. Crime, especially youth-related, is all-pervasive, perhaps because of the country's complete lack of prisons. Kyldellian Zereack's national animal is the Monster, which frolics freely in the nation's many lush forests, and its national religion is Morvolox.

Kyldellian Zereack is ranked 177,563rd in the world and 3rd in Kylden for Most Avoided, scoring 0.38 on the Kardashian Reflex Score.