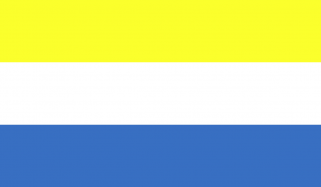 The Grand Duchy of Laurenburg is a colossal, orderly nation, ruled by Grand Duke Anton von Laurenburg with an iron fist, and notable for its unlimited-speed roads, zero percent divorce rate, and fear of technology. The hard-nosed, hard-working, cynical, devout population of 8.021 billion Laurenburgers are ruled by a mostly-benevolent dictator, who grants the populace the freedom to live their own lives but watches carefully for anyone to slip up.

The medium-sized, corrupt government juggles the competing demands of Defense, Law & Order, and Industry. It meets to discuss matters of state in the capital city of Laurenburg. The average income tax rate is 37.4%.

The frighteningly efficient Laurenburgian economy, worth 796 trillion laurenmarks a year, is broadly diversified and led by the Beef-Based Agriculture industry, with major contributions from Retail, Basket Weaving, and Trout Farming. Black market activity is notable. State-owned companies are reasonably common. Average income is 99,298 laurenmarks, and evenly distributed, with the richest citizens earning only 4.6 times as much as the poorest.

The tribal zone has been opened to up to 'economic interest' groups, mechanics are often exhausted by their work, teachers regularly paddle unruly students, and new government leaflets tell coeliac children to eat more crisps. Crime, especially youth-related, is totally unknown, thanks to a well-funded police force and progressive social policies in education and welfare. Laurenburg's national animal is the Swan, which frolics freely in the nation's many lush forests, and its national religion is Christianity.

Laurenburg is ranked 27,356th in the world and 23rd in KAISERREICH for Most Beautiful Environments, with 868.73 Pounds Of Wildlife Per Square Mile.