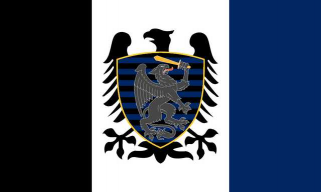 The United Kingdom of Leontino is a gargantuan, environmentally stunning nation, ruled by King Charles III Scanlan with a fair hand, and renowned for its keen interest in outer space, smutty television, and stringent health and safety legislation. The hard-nosed, hard-working, democratic, humorless population of 11.328 billion Leontinêses hold their civil and political rights very dear, although the wealthy and those in business tend to be viewed with suspicion.

The relatively small, corrupt government juggles the competing demands of Industry, Defense, and Education. It meets to discuss matters of state in the capital city of Hawthorne. The average income tax rate is 19.9%, but much higher for the wealthy.

The frighteningly efficient Leontinese economy, worth a remarkable 3,426 trillion Leontinese Silvers a year, is broadly diversified and led by the Information Technology industry, with significant contributions from Tourism, Retail, and Arms Manufacturing. Black market activity is rampant. Average income is an amazing 302,498 Leontinese Silvers, and evenly distributed, with the richest citizens earning only 2.0 times as much as the poorest.

Signs stating "You Must be This Tall to Enter" have started appearing outside retirement homes, no one is quite sure what many government officials look like, veterans' meet-ups involve a lot of tail sniffing, and school lockers are filled with fancy underwear. Crime is totally unknown. Leontino's national animal is the Leontinese Black Eagle, which soars majestically through the nation's famously clear skies.

Leontino is ranked 175,912th in the world and 36th in Novo Brasil for Greatest Rich-Poor Divides, with 1.99 Rich To Poor Income Ratio.