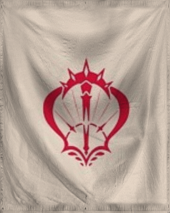 The Empire of Lurolona is a huge, efficient nation, renowned for its complete lack of prisons, state-planned economy, and pith helmet sales. The hard-nosed population of 513 million Lurolonans are fiercely patriotic and enjoy great social equality; they tend to view other, more capitalist countries as somewhat immoral and corrupt.

The enormous, socially-minded government juggles the competing demands of Education, Administration, and Defense. It meets to discuss matters of state in the capital city of Rock Valley. The average income tax rate is 82.0%, and even higher for the wealthy.

The thriving Lurolonan economy, worth 48.5 trillion Denarii a year, is driven entirely by a combination of government and state-owned industry, with private enterprise illegal. The industrial sector, which is quite specialized, is led by the Information Technology industry, with significant contributions from Arms Manufacturing, Beef-Based Agriculture, and Basket Weaving. Average income is 94,621 Denarii, and distributed extremely evenly, with practically no difference between the richest and poorest citizens.

People regularly disappear off the streets and all evidence of them is destroyed, the nation's industries are scrambling to switch to biodegradable plastics, the nation is reliant on the principle of mutually assured destruction to maintain its security, and the silencing of dissent speaks volumes about the quality of Lurolonan democracy. Crime, especially youth-related, is totally unknown, thanks to a well-funded police force and progressive social policies in education and welfare. Lurolona's national animal is the Tanuki, which frolics freely in the nation's many lush forests.

Lurolona is ranked 65,173rd in the world and 2,596th in The East Pacific for Largest Basket Weaving Sector, scoring 3,039.58 on the Hickory Productivity Index.