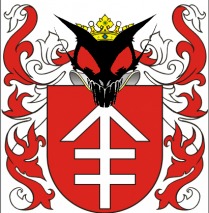 The Fox Rite Protectorate of Madagascan Cavask is a gargantuan, safe nation, renowned for its compulsory military service and punitive income tax rates. The hard-nosed, democratic population of 24.5 billion Madagascan Cavaskians love a good election, and the government gives them plenty of them. Universities tend to be full of students debating the merits of various civil and political rights, while businesses are tightly regulated and the wealthy viewed with suspicion.

The government — a sprawling, bureaucracy-choked morass — juggles the competing demands of Law & Order, Education, and Healthcare. The average income tax rate is 86.7%, and even higher for the wealthy.

The large but underdeveloped Madagascan Cavaskian economy, worth 569 trillion veskonoes a year, is driven almost entirely by government activity. The industrial sector, which is highly specialized, is led by the Woodchip Exports industry, with major contributions from Arms Manufacturing, Retail, and Gambling. State-owned companies are reasonably common. Average income is 23,241 veskonoes, and distributed extremely evenly, with little difference between the richest and poorest citizens.

Crime, especially youth-related, is totally unknown, thanks to the all-pervasive police force and progressive social policies in education and welfare. Madagascan Cavask's national animal is the fox, which frolics freely in the nation's many lush forests.

Madagascan Cavask is ranked 138,698th in the world and 17th in Fox Rite for Most Avoided, scoring 1.71 on the Kardashian Reflex Score.

Most Recent Government Activity: 39 days ago