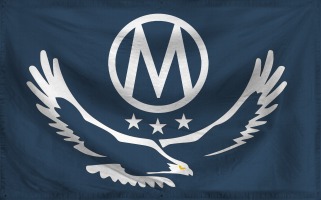 The Illuminated Autocracy of Max Empire is a gargantuan, cultured nation, ruled by Max the wearer-of-many-crowns with an iron fist, and notable for its compulsory military service, ubiquitous missile silos, and multi-spousal wedding ceremonies. The hard-nosed, cynical, humorless population of 19.657 billion Maxians are ruled by a mostly-benevolent dictator, who grants the populace the freedom to live their own lives but watches carefully for anyone to slip up.

The medium-sized, corrupt, well-organized government prioritizes Defense, although Education, Industry, and Healthcare are also considered important, while Spirituality and Social Policy aren't funded at all. It meets to discuss matters of state in the capital city of Maxopolis. The average income tax rate is 98.4%.

The frighteningly efficient Maxian economy, worth an astonishing 11,189 trillion Maxian Dollars a year, is broadly diversified and mostly comprised of black market activity, especially in Information Technology, Arms Manufacturing, Book Publishing, and Retail. Average income is a breathtaking 569,260 Maxian Dollars, and evenly distributed, with the richest citizens earning only 2.3 times as much as the poorest.

It turns out that the government can have your guns by prying them out of your warm living hands, government theft from poor artists to give to rich allies has been dubbed the "reverse Robin Hood" policy, criminals rejoice in the streets as the entire police force is sent away on a training retreat, and battlefield gains are quickly lost when enemies don't respect a time-out. Crime, especially youth-related, is totally unknown, thanks to a capable police force and progressive social policies in education and welfare. Max Empire's national animal is the Maxian bird, which is also the nation's favorite main course, and its national religion is Maxism.

Max Empire is ranked 203,696th in the world and 2nd in Phoenix Coalition for Most Cheerful Citizens, with 20.74 Percentage Of Water Glasses Perceived Half-Full.