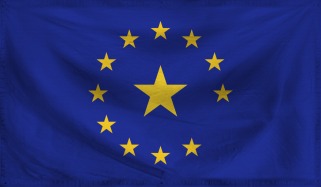 The Meh of Mediocrea is a colossal, safe nation, ruled by Cletus Abdullah Illuminati Rotshield with a fair hand, and notable for its unlimited-speed roads, sprawling nuclear power plants, and irreverence towards religion. The compassionate, hard-working, democratic population of 8.806 billion Mediocreans hold their civil and political rights very dear, although the wealthy and those in business tend to be viewed with suspicion.

The tiny government prioritizes Education, with Administration, Industry, and Environment also on the agenda, while Spirituality isn't funded at all. It meets to discuss matters of state in the capital city of Boringburg. The average income tax rate is 10.9%, but much higher for the wealthy.

The frighteningly efficient Mediocrean economy, worth a remarkable 1,709 trillion kilogram sterlings a year, is fairly diversified and mostly made up of the Information Technology industry, with significant contributions from Tourism and Book Publishing. State-owned companies are reasonably common. Average income is an impressive 194,081 kilogram sterlings, and distributed extremely evenly, with little difference between the richest and poorest citizens.

Politicians frequently make unusual poses during speeches in hopes of inspiring the next internet fad, the "Dreadnowt" is the pride and joy of the Mediocrean Navy, citizens ask "how many crooks could a nunchuck hook if a nun had nunchucks too?", and they say that Cletus Abdullah Illuminati Rotshield's personal computer is full of naked pictures of the Emperor of Maxtopia. Crime, especially youth-related, is totally unknown. Mediocrea's national animal is the sjw, which frolics freely in the nation's many lush forests, and its national religion is Disbelief.