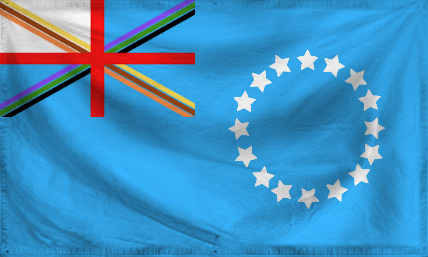 The Royal Protectorate of MineLegotipony is a colossal, efficient nation, ruled by Kolonialjenderal Octavia the 23rd with an iron fist, and remarkable for its enslaved workforce, pith helmet sales, and keen interest in outer space. The hard-nosed, hard-working, cynical, humorless, devout population of 7.618 billion MineLegotiponyians are rabid consumers, partly through choice and partly because the government tells them to and dissenters tend to vanish from their homes at night.

The medium-sized, corrupt government juggles the competing demands of Defense, Law & Order, and Industry. It meets to discuss matters of state in the capital city of New Manehattan. The average income tax rate is 79.2%.

The frighteningly efficient MineLegotiponyian economy, worth a remarkable 1,440 trillion Bits a year, is broadly diversified and led by the Information Technology industry, with major contributions from Arms Manufacturing, Retail, and Book Publishing. Black market activity is frequent. Average income is an impressive 189,146 Bits, and evenly distributed, with the richest citizens earning only 4.9 times as much as the poorest.

Getting an infected tattoo is considered a rite of passage in MineLegotipony, a punitive tax has been placed on harmful emissions, MineLegotipony's children are widely acknowledged as the most foul-mouthed in the region, and barbed wire entanglements and guard towers surround the New Manehattan Natural History Museum. Crime, especially youth-related, is totally unknown, thanks to a well-funded police force and progressive social policies in education and welfare. MineLegotipony's national animal is the Timderdog, which teeters on the brink of extinction due to widespread deforestation, and its national religion is Protestant Harmonism.

MineLegotipony is ranked 10,422nd in the world and 69th in Confederation of Corrupt Dictators for Highest Wealthy Incomes, with 391,761 Standard Monetary Units.

Most Recent Government Activity: 19 hours ago