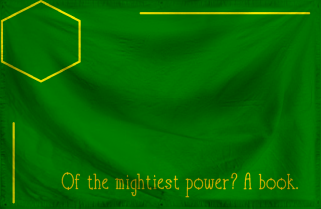 The Empire of Mogura is a gargantuan, efficient nation, ruled by Leader with an iron fist, and remarkable for its rampant corporate plagiarism, national health service, and irreverence towards religion. The hard-nosed, cynical, humorless population of 39.741 billion Mogurans are ruled without fear or favor by a psychotic dictator, who outlaws just about everything and refers to the populace as "my little playthings."

The large, corrupt, moralistic, well-organized government juggles the competing demands of Education, Law & Order, and Environment. The average income tax rate is 81.9%, and even higher for the wealthy.

The frighteningly efficient Moguran economy, worth a remarkable 4,985 trillion dollars a year, is extremely specialized and mostly made up of the Information Technology industry, with major contributions from Beef-Based Agriculture. State-owned companies are common. Average income is an impressive 125,452 dollars, and distributed extremely evenly, with little difference between the richest and poorest citizens.

Citizens have an obligation to remain silent and anything they say may be used against them, pollution is on the rise along with government approvals of fracking projects, heavy industry must go to expensive lengths to dispose of waste, and new safety regulations require all cars manufactured in Mogura to be bombproof. Crime, especially youth-related, is totally unknown, thanks to the all-pervasive police force and progressive social policies in education and welfare. Mogura's national animal is the mole, which is also the nation's favorite main course.

Mogura is ranked 240,208th in the world and 9th in Disneyland for Largest Insurance Industry, scoring -37.39 on the Risk Expulsion Effectiveness Rating.