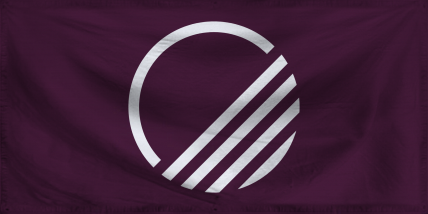 The Armed Republic of Moridine is a huge, genial nation, remarkable for its parental licensing program, irreverence towards religion, and absence of drug laws. The compassionate population of 215 million Moridians enjoy extensive civil rights and enjoy a level of social equality free from the usual accompanying government corruption.

The medium-sized government juggles the competing demands of Defense, Education, and Industry. The average income tax rate is 56.9%, and even higher for the wealthy.

The all-consuming Moridinean economy, worth 20.2 trillion Credits a year, is driven entirely by a combination of government and state-owned industry, with private enterprise illegal. However, for those in the know, there is a slick, highly efficient, fairly diversified black market in Information Technology, Tourism, Book Publishing, and Arms Manufacturing. The private sector mostly consists of enterprising ten-year-olds selling lemonade on the sidewalk, but the government is looking at stamping this out. Average income is 94,139 Credits, and evenly distributed, with the richest citizens earning only 2.0 times as much as the poorest.

Discrimination on the basis of sexual orientation is illegal, the subway is dead quiet in early afternoons, incarcerated crime lords manage their empires from massage tables, and the military has gone fission for more funding. Crime is totally unknown. Moridine's national animal is the Panther, which frolics freely in the nation's many lush forests.

Moridine is ranked 181,099th in the world and 5,952nd in the South Pacific for Largest Cheese Export Sector, scoring -4 on the Mozzarella Productivity Index.

Most Recent Government Activity: 86 minutes ago