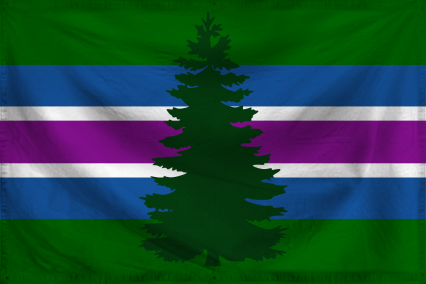 The Pacific Alpine Commonwealth of Mount Seymour is a gargantuan, cultured nation, ruled by Prime Minister Nathaniel Gardiner with a fair hand, and notable for its daily referendums, keen interest in outer space, and ban on automobiles. The compassionate, democratic, cheerful population of 14.164 billion Seymourians are free to do what they want with their own bodies, and vote for whomever they like in elections; if they go into business, however, they are regulated to within an inch of their lives.

The government — a sprawling, bureaucracy-choked, socially-minded, outspoken morass — juggles the competing demands of Education, Environment, and Welfare. It meets to discuss matters of state in the capital city of Fort-Frédéric-sur-le-Montagne. The average income tax rate is 98.5%.

The large but sluggish Seymourian economy, worth 887 trillion pounds a year, is driven entirely by a combination of government and state-owned industry, with private enterprise illegal. The industrial sector, which is extremely specialized, is mostly made up of the Book Publishing industry, with major contributions from Tourism. Average income is 62,636 pounds, and distributed extremely evenly, with practically no difference between the richest and poorest citizens.

A common response to government PSAs is "well, DUH, obviously", the new national campaign exhorts men to "Show Some Class - Don't Sit On Your Ass", angry citizens complain that there isn't enough geographical diversity on the new banknotes, and the banshee wail foretells skies of death. Crime is totally unknown, thanks to a well-funded police force and progressive social policies in education and welfare. Mount Seymour's national animal is the purple-spotted newt, which frolics freely in the nation's many lush forests, and its national religion is Seymourian humanistic naturalism.

Mount Seymour is ranked 282,486th in the world and 311th in Forest for Largest Pizza Delivery Sector, scoring -22.52 on the Pepperoni Propulsion Productivity Index.