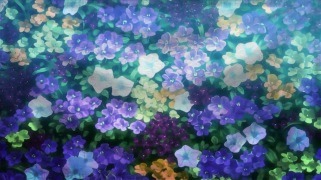 The Republic of MoveRoader is a massive, efficient nation, remarkable for its infamous sell-swords, sprawling nuclear power plants, and otherworldly petting zoo. The hard-nosed, hard-working population of 1.818 billion MoveRoaderians have some civil rights, but not too many, enjoy the freedom to spend their money however they like, to a point, and take part in free and open elections, although not too often.

The large, corrupt government juggles the competing demands of Education, Administration, and Law & Order. The average income tax rate is 80.5%, and even higher for the wealthy.

The frighteningly efficient MoveRoaderian economy, worth 279 trillion é±s a year, is fairly diversified and led by the Information Technology industry, with major contributions from Arms Manufacturing, Tourism, and Book Publishing. Average income is an impressive 153,761 é±s, and evenly distributed, with the richest citizens earning only 2.4 times as much as the poorest.

People are careful to avoid hyperbolising that they'd "rather die" than support Leader, the government has instituted 'traveller reservations' across the country, future forecasters fearfully discuss grey goo and human obsolescence, and the government tells its citizens to 'forgive and forget'. Crime, especially youth-related, is totally unknown, thanks to a very well-funded police force and progressive social policies in education and welfare. MoveRoader's national animal is the bear, which frolics freely in the nation's many lush forests.

MoveRoader is ranked 29,458th in the world and 891st in The East Pacific for Highest Foreign Aid Spending, scoring 918.02 on the Clooney Contribution Index.