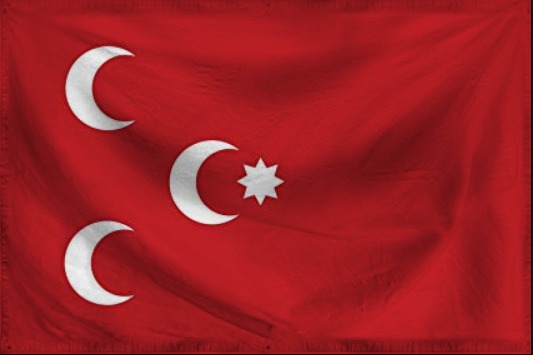 The Empire of Neo-0ttoman is a massive, environmentally stunning nation, ruled by Padishah Kebabini Osmanoğlu with an iron fist, and renowned for its free-roaming dinosaurs, national health service, and compulsory military service. The hard-nosed, cynical, devout population of 4.095 billion 0ttomans are ruled by a mostly-benevolent dictator, who grants the populace the freedom to live their own lives but watches carefully for anyone to slip up.

The medium-sized, corrupt government juggles the competing demands of Defense, Industry, and Education. It meets to discuss matters of state in the capital city of Istanbul. The average income tax rate is 63.9%, and even higher for the wealthy.

The frighteningly efficient Ottoman economy, worth 683 trillion TLS a year, is led by the Tourism industry, with major contributions from Information Technology, Arms Manufacturing, and Beef-Based Agriculture. State-owned companies are common. Average income is an impressive 166,838 TLS, and evenly distributed, with the richest citizens earning only 2.0 times as much as the poorest.

Nudity is frowned upon, scenic mountain valleys are flooded with water as damming projects get underway, children as young as twelve are conscripted into the armed forces, and social media sites prompt users to send birthday greetings to unresponsive nonagenarians. Crime, especially youth-related, is totally unknown, thanks to a capable police force and progressive social policies in education and welfare. Neo-0ttoman's national animal is the Wolf, which is also the nation's favorite main course, and its national religion is Islam.

Neo-0ttoman is ranked 48,385th in the world and 31st in The Union of Democratic States for Most Authoritarian, with 994.27 milliStalins.

United Counties of the Midwest,