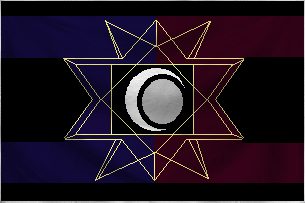 The Merchant Emirate of New Caitarea is a colossal, environmentally stunning nation, renowned for its aversion to nipples, anti-smoking policies, and punitive income tax rates. The compassionate, hard-working, democratic, cheerful, devout population of 8.451 billion New Caitari are effectively ruled by a group of massive corporations, who run for political office and provide their well-off citizens with world-class goods and services. Their poorer citizens, however, are mostly starving to death while being urged to go out and get real jobs. The populace has reasonably extensive civil rights, although these are mostly aimed at allowing them to buy whatever they like.

The relatively small, corrupt government prioritizes Industry, although Education, Administration, and Defense are also considered important. It meets to discuss matters of state in the capital city of Qæterinsburg. The average income tax rate is 98.1%.

The frighteningly efficient Caitarean economy, worth a remarkable 4,509 trillion marks a year, is broadly diversified and led by the Information Technology industry, with major contributions from Tourism, Retail, and Arms Manufacturing. Black market activity is rampant. Average income is a breathtaking 533,601 marks, and evenly distributed, with the richest citizens earning only 3.4 times as much as the poorest.

Pregnant women get a lot of evil glares from fellow passengers when leaving the country, billions of marks are spent to take high-quality photos of the Canary Nebula, the tax agency is feared more than serial killers and terrorists, and psychiatrists that date patients are congratulated on their romantic conquests. Crime, especially youth-related, is totally unknown. New Caitarea's national animal is the canary, which frolics freely in the nation's many lush forests, and its national religion is Islam.

New Caitarea is ranked 70,002nd in the world and 2,421st in The East Pacific for Largest Insurance Industry, scoring 2,499.9 on the Risk Expulsion Effectiveness Rating.

Most Recent Government Activity: 12 minutes ago