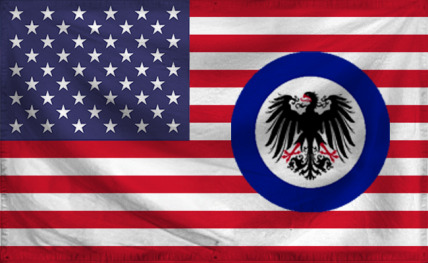 The Colony of New Prumerica is a colossal, socially progressive nation, ruled by Governor Frederick Schmidt with a fair hand, and remarkable for its frequent executions, ban on automobiles, and suspicion of poets. The hard-working, democratic population of 6.012 billion New Prumericans enjoy a sensible mix of personal and economic freedoms, while the political process is open and the people's right to vote held sacrosanct.

The relatively small, outspoken government prioritizes Healthcare, with Education, Defense, and Law & Order also on the agenda, while International Aid and Social Policy aren't funded at all. It meets to discuss matters of state in the capital city of New Berlin. Citizens pay a flat income tax of 9.7%.

The New Prumerican economy, worth 337 trillion Aurums a year, is broadly diversified and led by the Beef-Based Agriculture industry, with major contributions from Book Publishing, Tourism, and Woodchip Exports. Average income is 56,187 Aurums, but there is a significant disparity between incomes, with the richest 10% of citizens earning 190,167 per year while the poor average 12,268, a ratio of 15.5 to 1.

Children are raised bilingual from an early age, the national guard is mobilized whenever a mother gets separated from her child at the mall, the richest individuals apparently buy nothing but noodles and toilet paper, and former arsonists can be found on local fire brigades. Crime is moderate, with the police force struggling against a lack of funding and a high mortality rate. New Prumerica's national animal is the Polar Bear, which frolics freely in the nation's many lush forests, and its national religion is Atheism.

New Prumerica is ranked 52,339th in the world and 1,051st in the Rejected Realms for Smartest Citizens, with 39.53 quips per hour.