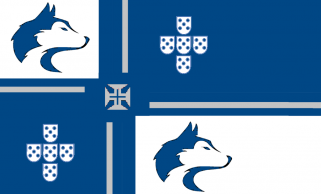 The Dictatorship of Nookie Island is a gargantuan, efficient nation, ruled by Nookie with an iron fist, and renowned for its state-planned economy, smutty television, and stringent health and safety legislation. The hard-nosed, cynical, humorless, devout population of 12.935 billion Nookienseses are ruled without fear or favor by a psychotic dictator, who outlaws just about everything and refers to the populace as "my little playthings."

It is difficult to tell where the omnipresent, corrupt, moralistic government stops and the rest of society begins, but it juggles the competing demands of Law & Order, Defense, and Healthcare. It meets to discuss matters of state in the capital city of Nookie City. The average income tax rate is 91.4%, and even higher for the wealthy.

The frighteningly efficient Nookie Islandian economy, worth a remarkable 1,118 trillion Escudoes a year, is driven almost entirely by government activity, with private enterprise illegal. The industrial sector, which is extremely specialized, is mostly made up of the Arms Manufacturing industry, with significant contributions from Tourism. State-owned companies are the norm. Average income is 86,499 Escudoes, and distributed extremely evenly, with little difference between the richest and poorest citizens.

Only persecuted professionals need apply, forty-year-old men are asked for their ID before watching the latest pony cartoon movies, the military refers to helpless combatants offering surrender as "sitting ducks", and war vets look after war animals. Crime, especially youth-related, is totally unknown, thanks to the all-pervasive police force and progressive social policies in education and welfare. Nookie Island's national animal is the Pig, which is also the nation's favorite main course, and its national religion is Cristianismo.

Nookie Island is ranked 203,285th in the world and 156th in Portugal for Highest Crime Rates, with 1.58 Crimes Per Hour.

DO NOT EJECT ME PORRA,

Portugal Brasil and the Algarves.