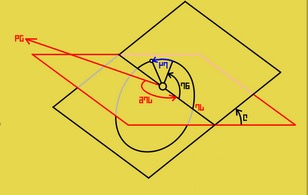 The Free Land of Omniabstracta is a gargantuan, safe nation, ruled by Science with a fair hand, and renowned for its multi-spousal wedding ceremonies, smutty television, and keen interest in outer space. The compassionate, hard-working, democratic, cheerful population of 10.554 billion Omniabstractans live in a state of perpetual fear, as a complete breakdown of social order has led to the rise of order through biker gangs.

The medium-sized, liberal, outspoken government juggles the competing demands of Education, Industry, and Administration. It meets to discuss matters of state in the capital city of Telstracta. The average income tax rate is 91.9%, and even higher for the wealthy.

The frighteningly efficient Omniabstractan economy, worth a remarkable 2,252 trillion Abnihils a year, is fairly diversified and dominated by the Information Technology industry, with significant contributions from Book Publishing, Retail, and Soda Sales. Average income is an amazing 213,404 Abnihils, and evenly distributed, with the richest citizens earning only 2.3 times as much as the poorest.

NationStates staff are easily recognizable by their gold-plated mansions, even religious militants can be swayed by the power of #love, barbers who trim a few inches of hair bill the government for their labor, and the nation doesn't need to go to war in order to acquire new territory. Crime is totally unknown. Omniabstracta's national animal is the Bugbear, which is also the nation's favorite main course.

Omniabstracta is ranked 4,345th in the world and 2nd in Kerbin for Most Valuable International Artwork, with 93.16 Bank.