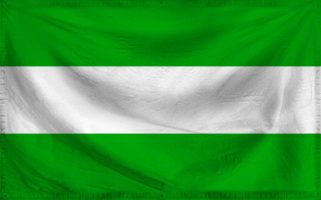 The People's Democratic Republic of Outer Bele Levy Epies is a colossal, cultured nation, ruled by Mr Leader with an iron fist, and remarkable for its digital currency, free-roaming dinosaurs, and stringent health and safety legislation. The hard-nosed, cynical, humorless, devout population of 5.653 billion Outer Bele Levy Epiesians are ruled with an iron fist by the dictatorship government, which ensures that no-one outside the party gets too rich. In their personal lives, however, citizens are relatively unoppressed; it remains to be seen whether this is because the government genuinely cares about its people, or if it hasn't gotten around to stamping out civil rights yet.

The medium-sized, corrupt government juggles the competing demands of Defense, Law & Order, and Education. It meets to discuss matters of state in the capital city of New Bele Levy City. Citizens pay a flat income tax of 52.6%.

The frighteningly efficient Outer Bele Levy Epiesian economy, worth 771 trillion deniers a year, is driven entirely by a combination of government and state-owned industry, with private enterprise illegal. However, for those in the know, there is a large, well-organized black market in Arms Manufacturing, Information Technology, Furniture Restoration, and Tourism. The private sector mostly consists of enterprising ten-year-olds selling lemonade on the sidewalk, but the government is looking at stamping this out. Average income is an impressive 136,495 deniers, but there is a significant disparity between incomes, with the richest 10% of citizens earning 409,487 per year while the poor average 35,538, a ratio of 11.5 to 1.

Teachers are dying as they attempt to read 500 word essays without pausing for breath, a positive pregnancy test doubles as a visa, marine biology students are shocked to discover that a whale is a mammal, and school lunches are made with hypo-allergenic wood pulp. Crime, especially youth-related, is totally unknown, thanks to a well-funded police force and progressive social policies in education and welfare. Outer Bele Levy Epies's national animal is the eagle, which soars majestically through the nation's famously clear skies, and its national religion is Violetism.

Outer Bele Levy Epies is ranked 31,977th in the world and 231st in Forest for Best Weather, with 130 Meters Of Sunlight.